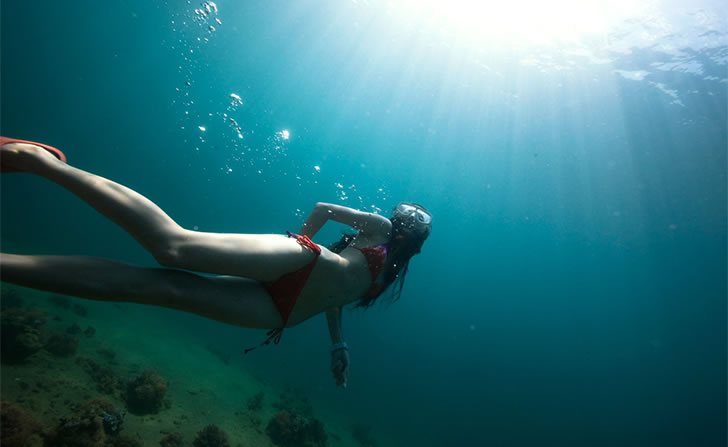 What is hyperbaric oxygen therapy?
Mild Hyperbaric Oxygen Therapy raises the levels of oxygen in the body’s blood plasma. Increased oxygen in the plasma leads to higher amounts of oxygen being delivered to the body’s tissues, organs and brain. The brain – which is only two percent of our total weight – uses more than twenty percent of the body’s oxygen. Only ten percent of our energy comes from the food we eat, while the remaining ninety percent comes from oxygen.
Under pressure, additional oxygen is dissolved into the blood plasma and enters the tissues directly.
Mild hyperbaric oxygen therapy promotes relaxation, stimulates the body’s healing processes, increases stamina and endurance and also helps the body to return to a state of balance and wellbeing.
For the more technically minded: Gas under pressure diffuses into a liquid. When the body is subjected to increased pressure, the fluids, tissues and cells are able to absorb much more oxygen than we would normally breathe in. (For the really technical stuff Google Henry’s law.)

So how does this work?
Blood is made up of three main components; white blood cells that fight infection, red blood cells that carry oxygen and plasma, the fluid that carries both kinds of cells throughout the body. Under normal circumstances, the red cells carry the majority of oxygen while the plasma carries about 3% of oxygen. Since mild hyperbaric oxygen therapy forces oxygen into the body fluids under pressure, more oxygen is dissolved into the plasma greatly increasing the oxygen levels. The fluids then carry the extra oxygen throughout the body to enhance the body’s natural healing process.
How much more oxygen will be available as a result of hyperbaric therapy?
We actually only use between 4 and 6% of the oxygen we breathe. During treatment around 24 – 30% oxygen is available to us. In effect, under pressure the body can absorb almost ten times more oxygen than normal.

Increased oxygen levels in the blood plasma gives the body tissues the ability to become more concentrated with oxygen creating a more effective environment to support normal healing and cell function.
In addition to helping patients heal post-surgery and athletes recover from injuries and fatigue, Mild Hyperbaric Oxygen Therapy can provide effective treatment for some medical conditions. It helps to reduce hypoxic areas (insufficient oxygen for function) of the body to improve metabolic function of cells, support and strengthen immune response and enhance normal healing processes.

To Find out about the Benefits of MHBOT click on the PDF link below: